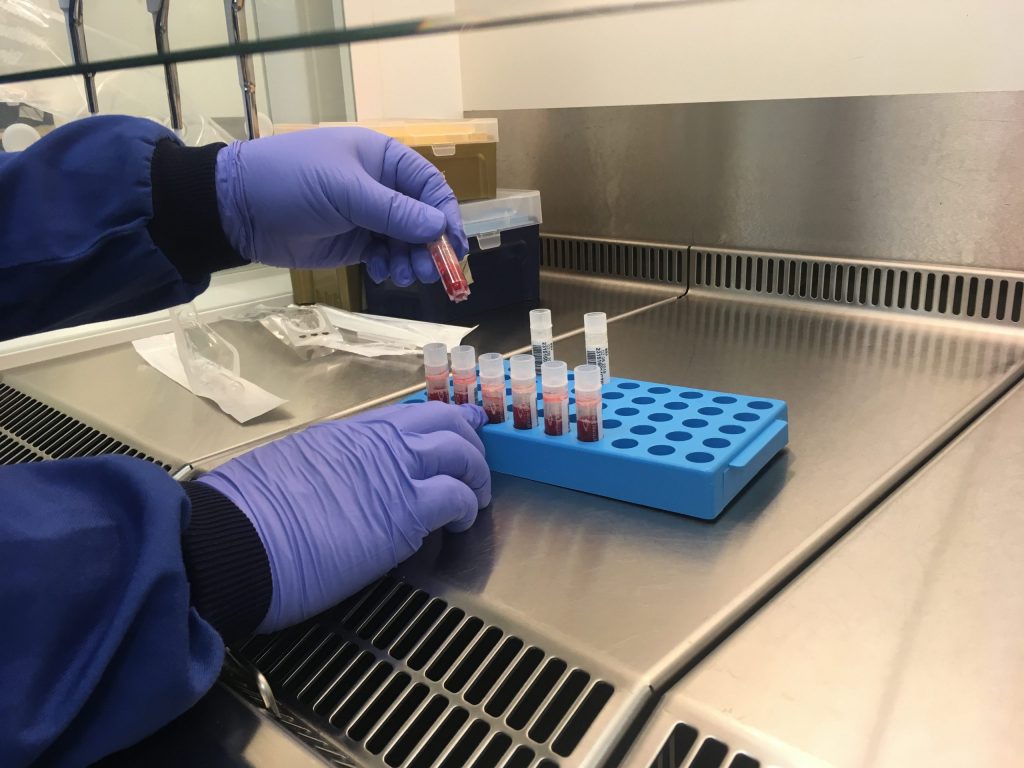 UK researchers discover “cold environment” in type of cancer which hides it from immune system.

UK researchers have discovered a “cold environment” in a form of cancer known as neuroendocrine tumours (NETs) which means it goes undetected by the immune system.  The findings mean immunotherapy – an emerging and advanced treatment which triggers the body’s own immune system to attack cancer cells – is unlikely to be effective in treating NETs.  As a result, attention can now turn to understanding why this type of cancer is not recognised and finding ways to trigger an immune response to enable further treatments to be developed.

NETs are rare types of cancer which are usually found in the pancreas, bowel or lungs but can also develop in other parts of the body.  They arise from cells found throughout the body which form a link between the nervous system and the endocrine system, a collection of glands which produce hormones.  Around 4,000 new cases are diagnosed every year in the UK, though it is thought that a larger number of people are affected but remain undiagnosed as the cancers are slow growing.  If detected early they can often be cured with surgery but, at present, most are diagnosed at a later stage when they have already spread to other parts of the body.

In this study, Dr Lulu Tanno, NETs research fellow at the University of Southampton, and her team studied samples of the tumours of 192 patients with pancreatic and small intestinal NETs at University Hospital Southampton.  The results, presented at the European Neuroendocrine Tumours Society, showed neither of these tumours contained any immune cells, known as tumour infiltrating lymphocytes (TILs), compared to hundreds found in the most common form of lung cancer.  “Prior to this study very little was known about the quality and significance of the immune (anti-tumour) response in NETs but it is vital we know more with the emergence of immunotherapy as a potential treatment option,” explained Dr Tanno.  “What we have established is that there is no evidence of immune cells in pancreatic and small intestinal NETs, making it an immunologically cold environment and, therefore, unlikely to respond to current immunotherapy.”  She added: “We now need to understand why NETs are not being seen by the immune system and, hopefully, identify antigens that are unique to NETs that can then be used to trigger a response from the immune system, i.e. via a vaccine.”

Dr Tanno’s research programme was founded by the Robert White Legacy Fund and is part-funded by PLANETS Charity, which helps patients with pancreatic, liver, colorectal, abdominal and neuroendocrine cancer by funding patient support groups, innovative treatments and research. She said NET patients’ curiosity and enthusiasm for knowing more about their condition was one of the major driving forces behind this research project.

Neil Pearce, co-founder of PLANETS and a consultant hepatobiliary surgeon, said: “This is extremely useful research which shows that NETs have some yet to be identified mechanism which currently prevents immune cells from recognising them.  “It could be a discovery that leads us to trying to find ways to switch on the immune system in different ways to recognise tumour cells.”