Dr Cowburn has worked for Southampton University Hospitals Trust since October 2004 as Consultant Cardiologist and is Visiting Cardiologist at Lymington Hospital.

Peter Cowburn is a Consultant Cardiologist with a specialist interest in heart failure at Southampton General Hospital. He worked as the visiting Cardiologist at Lymington New Forest Hospital until November 2011 and continues to offer a private clinic there. He trained at Newcastle University and graduated in 1990. He worked as a junior doctor in the North East before commencing specialist cardiological training at the Western Infirmary in Glasgow in 1994. There he completed a two and a half year period of heart failure related research, publishing and presenting widely, before achieving an MD with Commendation. In 1998 he moved south to work as a Specialist Registrar in Cardiology in the Wessex Region. Following completion of his UK training, he spent 20 months working as a Clinical Fellow in Toronto, training in advanced heart failure management and cardiac resynchronisation therapy. He was appointed to his Consultant post in 2004.

Peter Cowburn’s interests include general cardiology, echocardiography, cardiac catheterisation and permanent pacemaker implantation. His special interest is in heart failure management and cardiac resynchronisation therapy (a specialised form of pacemaker designed to improve heart function). He served as a councillor for the British Society of Heart Failure from 2005-7 and was Deputy Chairman of the Society from 2007-9. He acted as a Clinical Advisor to the National Institute for Health and Clinical Excellence (NICE) on cardiac resynchronisation therapy. He was part of the working group who wrote the UK guidelines for the referral and assessment of adult patients for cardiac transplant published in 2011.

At Southampton General Hospital Peter Cowburn established and leads a heart failure team who manage patients admitted to hospital with decompensated heart failure. The introduction of specialist heart failure care has had a huge impact on the outcome of these complex patients. Peter Cowburn has also introduced an ultrafiltration service for patients with major fluid overload. This is a technique similar to dialysis whereby fluid and electrolytes are removed at rate decided by the treating physician. This leads to more rapid fluid loss than with standard diuretic therapy and has been associated with better outcomes for patients in clinical trials. The Southampton service was the first to be established in the UK (September 2010); excellent results have been achieved to date.

Peter Cowburn has always enjoyed adventurous travelling and met his Swedish wife whilst biking in Northern Ireland. They live in Romsey with their two young boys, a dog and a few erratically laying hens! 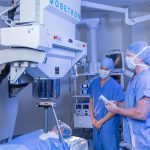 PLANETS has thanked its supporters after completing a £1 million fundraising campaign and making the final payment for a pioneering radiotherapy machine. PLANETS Cancer Charity has been fundraising for the past six years to fully purchase Mobetron, a revolutionary mobile device which delivers radiotherapy during surgery – known as intraoperative radiotherapy (IORT). When the charity installed it at University Hospital … 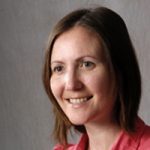 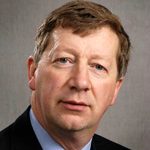