Since x-rays were discovered more than 100 years ago, radiation has been used more and more in medicine, both to help with the diagnosis of illness (by taking pictures with x-rays), and as a treatment for it (radiotherapy).

Many people with cancer will have radiotherapy as part of their cancer treatment. It can be given either as:

Radiotherapy works by destroying cancer cells in the area that’s treated. Although normal cells can also be damaged by radiotherapy, they can usually repair themselves.

Radiotherapy can cure some cancers and can also reduce the chance of a cancer coming back after surgery. It may also be used to control a cancer or to help improve the symptoms of it.

Radiotherapy can be delivered in many different ways to treat neuroendocrine tumours. Most commonly for NET it is given as radio-labelled octreotide or MIBG (see the section on Nuclear Medicine) or Sirtex (see the section on radiology treatments), but occasionally we treat tumour deposits with more conventional types of radio-therapy which are described below. Conventional radio-therapy is sometimes used for tumours involving bones or in the lungs and occasionally for tumours very low down in the bowel (rectum).

Conventional radio-therapy uses fixed external machines to fire beams of radiation at the area of the tumour inside a patient. This is called external beam radiotherapy.

Cyberknife is currently the most sophisticated form of this, it uses a mobile computer controlled external beam radiotherapy machine that continuously scans the patient at the same time as giving the treatment so that the treatment is targeted precisely at the tumour taking into account movements such as breathing. 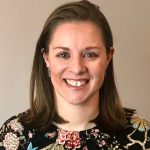 A dietitian funded by PLANETS Cancer Charity and the Robert White Trust Fund is due to start work to develop and provide a comprehensive dietetic service to patients diagnosed with Neuroendocrine Cancer (NETs).  Ruth Lee will be based at the Dorset NET service, which is part of the Wessex European Neuroendocrine tumour society centre of excellence. Ruth will be …