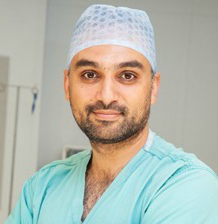 Some pancreatic cancer patients in the UK are now receiving radiotherapy during surgery using a revolutionary device in a bid to boost survival rates.

Nineteen patients have received a full dose of radiotherapy in just a few minutes during their operations using a piece of equipment called Mobetron.

It forms part of patients’ treatment at University Hospital Southampton (UHS), which is the only centre in the country using the kit.

It has been described by experts as an “important step” in the battle against the aggressive form of cancer and part of a new “three-pronged assault” against the disease.

Pancreatic cancer is a particularly aggressive form of the disease which is normally diagnosed at a late stage.

It has the lowest survival rate of all common cancers, with five-year survival for patients in the UK at less than seven per cent and one per cent beyond 10 years.

Funded by PLANETS Cancer Charity, which fundraises for pancreatic, liver, abdominal and neuroendocrine tumour services, Mobetron is the first portable system in the world able to administer the treatment – known as intraoperative radiotherapy (IORT) – mid-surgery.

IORT is an intensive form of targeted radiation given at the time of surgery to treat a wide variety of advanced cancers that are otherwise difficult to remove and treat, such as during pancreatic head cancer surgery, a procedure known as pancreaticoduodenectomy or Whipple procedure.

Mobetron is a mini-version of a linear accelerator – a standard machine which delivers radiotherapy – and can send high energy focused electron beams precisely to areas inside the human body immediately after a cancer has been removed surgically.

IORT enables surgeons and oncologists to give doses of radiation to areas that are at a high risk of recurrence of disease without causing damage to surrounding healthy tissue and organs.

Mobetron is used specifically for IORT and can be moved between operating theatres to treat patients with pancreatic, neuroendocrine, colorectal, bladder and head and neck cancers. 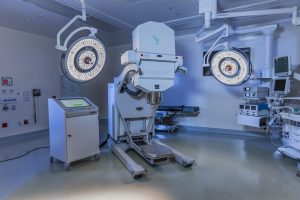 In a research letter published in the British Journal of Surgery, clinicians at UHS and PLANETS report the method is safe, with no deaths within 30 days of surgery – the traditional measure of surgical quality – and post-surgery complications in only six patients which were resolved.

Patient hospital stay was also the same as those who had pancreatic cancer surgery without IORT.

The publication marks the first reported series of pancreatic cancer patients to receive IORT delivered by Mobetron in the United Kingdom.

“Although it is currently too early for long-term outcomes, this is an important development for pancreatic cancer patients for whom survival rates are still poor as it demonstrates change is possible and is coming.

“Patients now have access to effective pre-operative chemotherapy which was not available previously and all patients in our study group apart from one received chemotherapy to shrink their tumour before surgery with IORT.

“This means they have benefitted from a three-pronged assault on their cancer which seemed far out of reach just a few years ago, so this is a positive step forward.”

He added: “IORT allows surgery and radiotherapy to be used at the same sitting and, more importantly, allows for precise delivery of radiotherapy to areas of concern without damaging the adjacent structures.”

PLANETS was co-founded in 2011 by surgeon Neil Pearce along with neuroendocrine cancer patient Layla Stephen and consultant radiologist Brian Stedman.

It has so far raised £1.3 million, with a large part of this sum being used to fund and maintain Mobetron.

“This sort of news and research is precisely the reason we all work so hard behind the scenes running PLANETS and fundraising tirelessly,” said Ms Stephen, who is the charity’s chief executive.

“Any progress for patients in areas of cancer care where outcomes still need to be much better is extremely welcome and we are delighted to see these findings.”