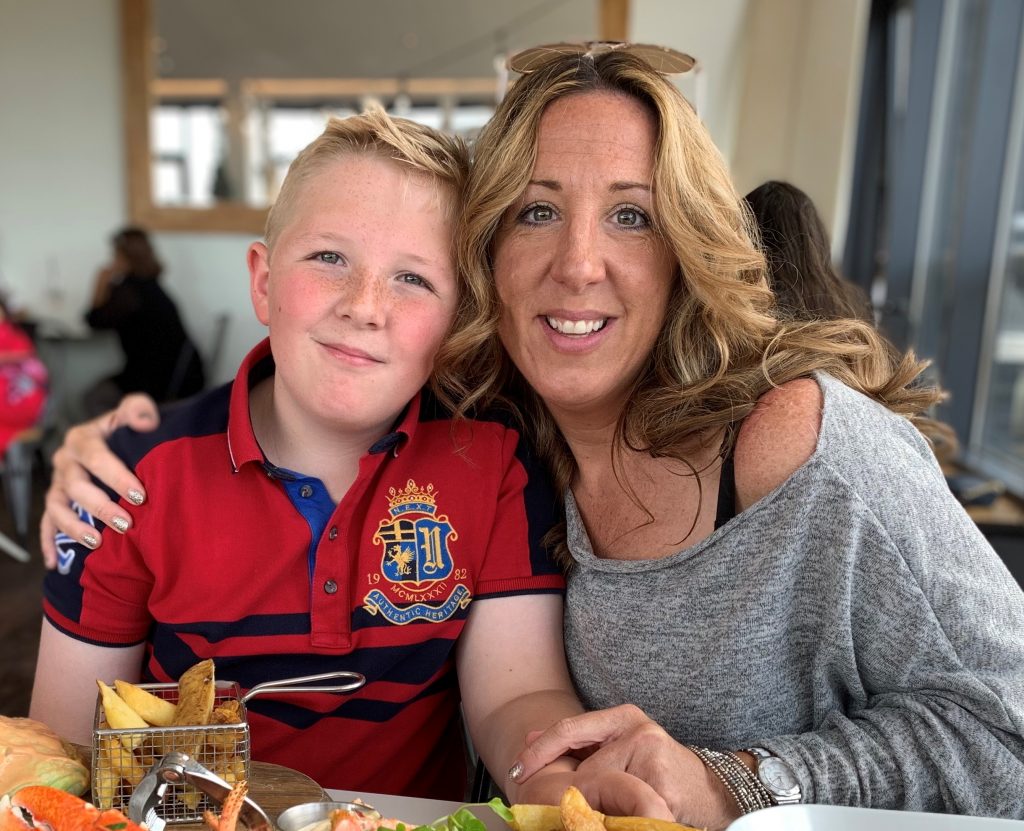 In the summer of 2008 I gave birth to my beautiful baby boy, Hadley. Everything was perfect – but just 6 weeks after Hadley was born I started to get severe stomach pains and sickness. Over the following 10 weeks I got steadily worse, lost over 3 stone in weight and I was eventually rushed to hospital. That day, they found something hidden in my intestine so I was immediately sent for scans. At the fateful consultant’s follow up appointment, just a week before Hadley’s first Christmas, the consultant sat me down and said those devastating words that nobody ever wants to hear “I’m really sorry to have to tell you this, but you have cancerous tumours in your small bowel and unfortunately it has spread to your liver.” I was just 33 years old.

He went on to tell me that I had something called Neuroendocrine Cancer, a rare form of slow growing tumours that arise from cells that are part of both the nervous and endocrine system (the same cancer that Steve Jobs of ‘Apple’ and singer Aretha Franklin had). For a week I was in a daze and feared the worst but as I watched my newborn son, I knew from the beginning that I had everything to fight for…. and by all accounts, 12 years on, it has been a fight and a half!  I met my Consultant Surgeon (and knight in shining armour) Neil Pearce for the first time at Southampton Hospital on 23rd December after being referred. He spent invaluable time with me going over the disease in general, the treatments available and his plan ahead.  On Christmas Eve I started twice daily injections to help with the symptoms and to prepare myself for the forthcoming difficult surgeries. Between February 2009 and August of 2013 I had 6 rounds of surgery which included:

Thank heaven for self administering morphine and pink fluffy bunny rabbits dancing round the end of your hospital bed! Although clocking up over 40 hours of surgery and feeling like I had been hit by a bus each time, the surgery in each intervention was luckily a success.

In 2017 I had PRRT treatment in London (Peptide Receptor Radionuclide Treatment) – A kind of specialist targeted radioactive treatment – but that sadly failed with little or no effects on my growing tumours in the liver, spine, medastinum and peritoneum.  Currently (2020) I am on a chemotherapy clinical trial (which I started during COVID 19 lockdown) and doing well.

Back in February 2009, at the lowest point of my illness, sat in my hospital bed after a day long bout of major surgery, feeling like my life had truly fallen apart, I promised myself two things:

I would see my sons first day at school
As soon as I was physically able, I would do everything I could to raise money and promote awareness of NETs I saw Hadleys first day at school. Today he is 12 years old and starting senior school next week – something I never imagined I would see back in 2008!  In 2011 along with my surgeon Neil Pearce and Radiologist Brian Stedman we set up PLANETS Charity.  Since then PLANETS has raised over £1 million for local regional cancer services and patients – dedicated to defeating Pancreatic, Liver, Abdominal and Neuroendocrine Tumours (NET’s). 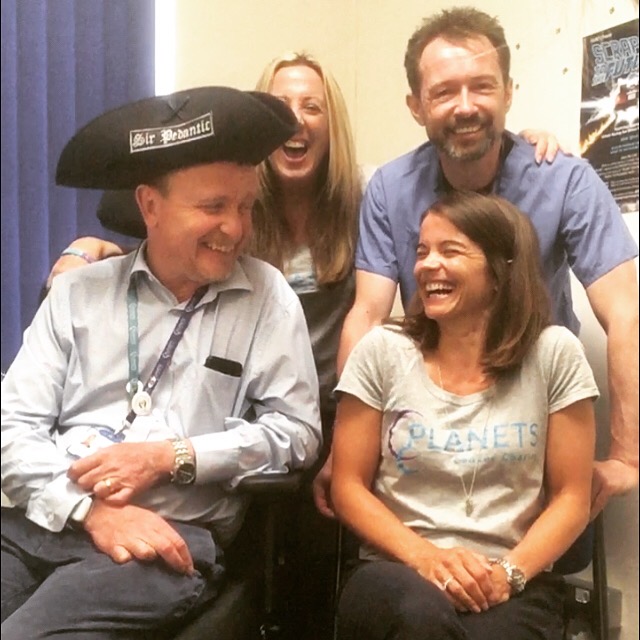 Although I feel that I have been on a roller-coaster of extreme highs and devastating lows in the last 12 years, my perspective of life has undoubtedly changed for the better.  I am constantly overwhelmed with the love and support given by my wonderful family, friends and colleagues from the moment I was diagnosed to date. I have no doubt this unconditional love contributed to my recovery during some very hard times and helps to keep me fighting on.  Furthermore, I am and always will be, eternally grateful for the guidance and support of my surgeon, CNS nurse , radiologist, oncologist and the world class medical team at UHS that I am truly privileged to have met.  I am hell bent on seeing a cure for cancer in my lifetime, as I feel deeply for those people who are today walking into a consultant’s clinic only to be told the same devastating news.

I truly want to see a day when this no longer happens. 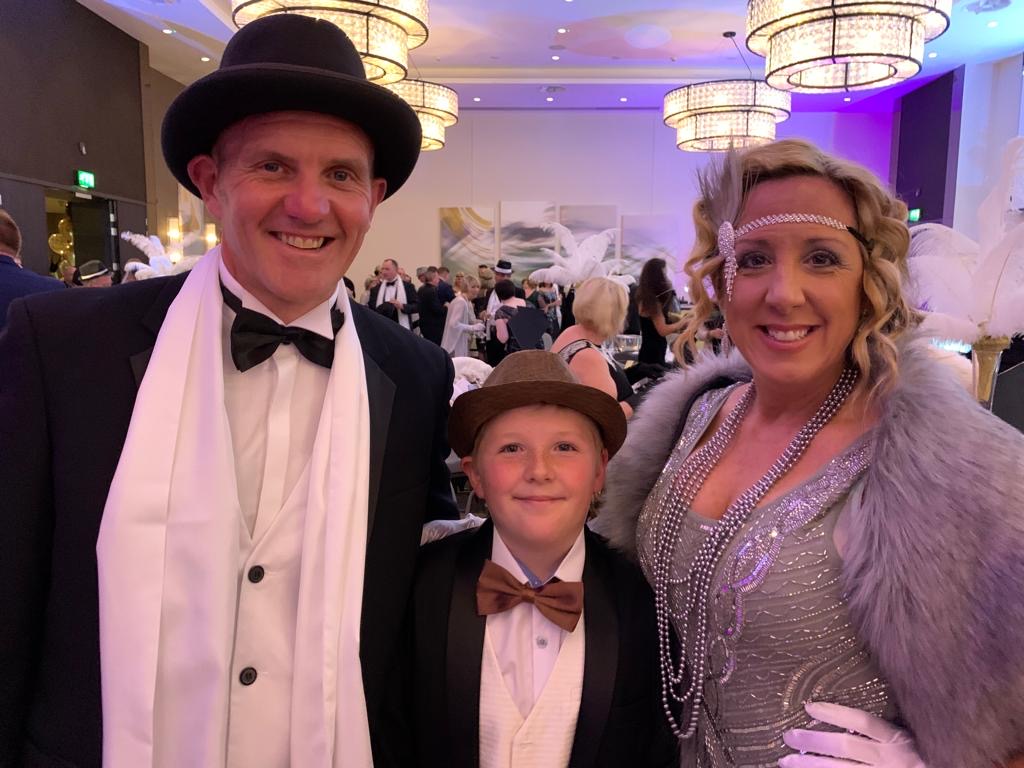