Dr Wright trained at St Bartholomews Hospital London between 1988 and 1994. He obtained his PhD at Imperial College London during his research between 1999 and 2003.

Dr Wright has worked at both Spire Southampton and Southampton University Hospitals NHS Trust since May 2005 as a consultant Hepatologist. During his time at SUHT he has been responsible for the redesign and regrowth of the Hepatology Service as well as radical development of specialist therapeutic endoscopy services in 2008/2009.

Dr Wright has active research programs running in a number of areas. He believes that having access to multicentre clinical trials is of benefit to his patients as it allows them cutting edge therapies they could otherwise not get. These include several viral hepatitis C (HCV) trials  for which he is either chief or primary investigator. He is local PI for the national alcoholic hepatitis trial as well as being a key member of the trial management team. Dr Wright also has several areas of personal basic science research looking at the complications of cirrhosis.

He contributes to the academic field with publications in the relevant Journals.

Current NHS and /or University posts:

Dr Mark Wright is married with 2 children, a dog and 2 cats. He lives in the New Forest, enjoying the sea and the trees. He enjoys taking his family on camping adventures in his “Davy Crockett” style canoe. He also runs quite a bit and has completed several marathons. 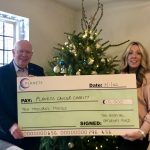 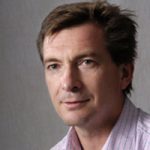 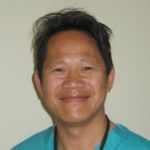