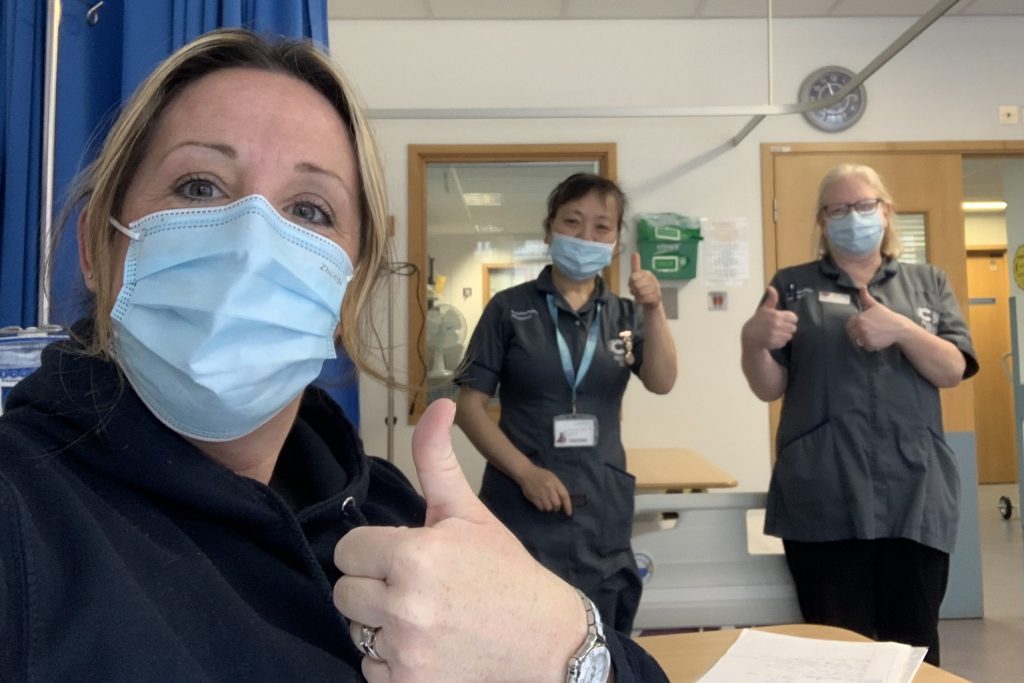 Researchers in the UK and US have found a new experimental drug that can stop the growth of – and in some cases shrink – an advanced form of rare cancers known as neuroendocrine tumours (NETs). Results of a phase two trial of the treatment, known as PEN-221, showed it stabilised the disease in almost 90% of patients and reduced the size of tumours in almost 40%.

NETs are rare types of cancer which are usually found in the pancreas, bowel or lungs but can also develop in other parts of the body.  They arise from cells found throughout the body which form a link between the nervous system and the endocrine system, a collection of glands which produce hormones.

The treatment combines a molecule known as DM1 – which is already used in some cancer chemotherapy treatments – with a part similar to a natural hormone called somostatin, called a somostatin receptor.  As somostatin can build to high levels in neuroendocrine cancer cells, by combining the anti-cancer molecule with a replica of the hormone it gives the drug a direct route to the tumour site where it binds to the cancer cells.  It is delivered to a patient via a drip over the course of an hour and again every three weeks until clinicians decide whether or not it is reducing or stabilising tumours in patients receiving it.

Around 4,000 new cases are diagnosed every year in the UK, though it is thought that a larger number of people are affected but remain undiagnosed as the cancers are slow growing.  If detected early they can often be cured with surgery but, at present, most are diagnosed at a later stage when they have already spread to other parts of the body.  In these cases, they can rarely be cured, although the symptoms can often be managed successfully for a number of years.

PEN-221 was trialled at a number of sites in the UK and US, including by researchers from Hampshire-based charity PLANETS at University Hospital Southampton led by Judith Cave, a consultant medical oncologist.  A total of 32 patients were enrolled between January 2018 and June 2020 in a study led by the University of Texas and funded by Tarveda Therapeutics. The results, presented today (Friday) at the 2021 American Society for Clinical Oncology (ASCO) Annual Meeting, showed the drug stopped the growth of tumours in 88.5% of patients while 38% saw their tumours shrink.

Dr Cave said: “We are are proud to have taken part in the PEN-221 trial and we are pleased to have had early experience with this new and very innovative treatment for NET cancer. “The concept of linking the chemotherapy to a peptide which carries it directly to the tumour is an exciting one.  “It has been fantastic to work with Tarveda on this project and we are grateful to them for giving us the opportunity. We are also hugely grateful to our patients as, without them, this research would not be possible.”

PLANETS charity, which helps patients with pancreatic, liver, colorectal, abdominal and neuroendocrine cancer by funding patient support groups, innovative treatments and research, has raised more than £1 million since 2011 to support the team in Southampton.  It was co-founded by Layla Stephen, now its Chief Executive, who is a neuroendocrine tumour patient at Southampton and has been treated by the team for the past 12 years – including being a participant in the PEN-221 study. “I was incredibly fortunate to qualify and benefit from this trial having come across it 18 months ago and felt that it had my name written all over it in terms of criteria,” she said.  “Because it was an early phase trial the data was limited but I thought that it looked really interesting and quite novel.  “I knew there would be a significant burden in terms of visits to hospital every three weeks, as well as the possibility of side effects such as compromising my immune system, which was a tough decision to make during a pandemic.”

In 2017, Layla underwent a form of targeted radioactive treatment known as Peptide Receptor Radionuclide Treatment (PRRT) which failed to have an effect on her growing tumours in the liver, spine, chest and abdomen.  “I have previously had PRRT treatment with no change to my tumours volume-wise, so I wasn’t confident about this trial but my initial results were very good – a 20% reduction of tumour burden overall and it continues to keep stable. “I am now quietly confident that this new drug could be a potential game-changer for certain NET patients in the near future if the continued next stage trials go well.  “Another option is always a good thing for us NET patients.”

Brian Roberts, president and chief executive of Tarveda, said: “We are encouraged by the safety and efficacy results of our Phase two trial, which showed that PEN-221 was well tolerated and exceeded its clinical efficacy goals in patients with GI mid-gut neuroendocrine tumours.” 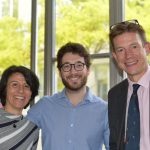 It was an honour to present the fantastic work and great initial results to medics from all over the country at our 1st National IORT (intra-operative radiotherapy) Symposium on Friday June 21st at University Hospital Southampton. After a lot of hard work and fundraising in order to bring IORT to the UK for the first time, it is a …