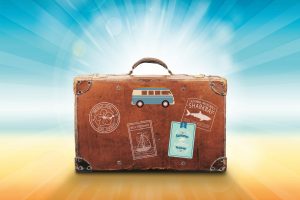 PLANETS Cancer Charity has warned many patients are being wrongly denied valuable respite through holidays as they are unable to secure affordable travel insurance – or even any at all.

Neil Pearce, co-founder of PLANETS, which helps patients with pancreatic, liver, colorectal, abdominal and neuroendocrine cancer, said the “scandal” was “sticking the boot in”.

While many cancer patients are denied insurance due to their current or previous illness, others are quoted exorbitant fees for short breaks – including one patient recently quoted £7,000 for a two-week trip to Canada and another £1,000 for a week in Spain.

Both of these patients have neuroendocrine tumours, known as NETs, which are usually found in the pancreas, bowel or lungs but can also develop in other parts of the body and are slow growing – with many living with stable disease.

Meanwhile, many other patients who have recovered from treatment for more aggressive types of cancer and are in remission are categorised alongside patients with active cancer and ongoing treatment, meaning they are often either refused cover of pay the same high premiums.

“The difficulty for cancer patients in obtaining travel insurance at all or dealing with the inflated premiums is a scandal and something they industry must do something about as it is currently sticking the boot in,” said Mr Pearce, who specialises in pancreas, liver and neuroendocrine tumour surgery.

“For many people, the respite and morale boost a holiday away with family or friends brings is invaluable to their life, yet we are in the perverse situation where very little effort is even put in to establish the condition a person is in.” 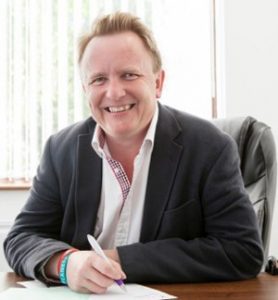 Mr Pearce said for some patients, such as those with neuroendocrine tumours, the likelihood of emergency situations is extremely rare and presents little risk to insurers.

“Patients with very low grade neuroendocrine disease have tumours that behave in a benign or indolent fashion, so the likelihood of acute deterioration or emergency situations arising related to their underlying disease is extremely rare.

“Other patients who have recovered from cancer treatment for more aggressive types of cancer but who are in remission with recent clear scans often still find themselves paying similar premiums to patients with active ongoing cancer problems when the risk profiles for the two groups are extremely different.

“There is no effort made to understand this as it is currently a ‘one size fits all’ approach where any utterance of the word cancer means a person will either be turned down or charged an extortionate – and often unaffordable – fee.”

Jo Green, a neuroendocrine cancer patient and one of the founding members of PLANETS, has been able to keep her disease under control for 11 years and has become increasingly frustrated at the situation and the stories of those who contact her.

Jo, now the operations director of PLANETS, said: “This is such a big issue for the patients we hear from and I am asked weekly for advice and recommendations, yet the outlook for those seeking positive responses is bleak. 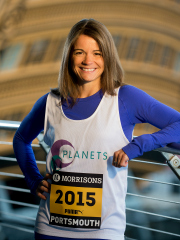 “As an example, one patient had bowel cancer three years ago with no further treatment needed and, at the age of only 38, couldn’t get insurance despite not being high risk.

“One patient was delighted at seeing their costs reduced to £459 after much stressful negotiation to assure the insurance company he was a low risk – and he was happy having heard others in similar situations being quoted up to £7,000.

“I don’t think insurance companies can differentiate between cancers which is pretty outrageous given it isn’t one disease, but hundreds of differing ones.”

PLANETS is now calling for travel insurance industry to review its procedures around access to affordable insurance for cancer patients and establish a model in consultation with cancer bodies and charities – and has launched a petition to help raise awareness and apply pressure.

Mr Pearce said: “I have written letters to insurance companies on behalf of patients in the past and I am sure many other specialists have done the same – but it should not be left to a lottery of finding a company who will accept a letter.

“Even then it can make little difference and, as a result, the options are limited. We are calling on the industry to look at this issue and find a solution to ensure cancer patients are simply given fair access as opposed to discrimination.”

He added: “We have now launched a petition in relation to this and are urging all cancer patients, their friends and families and any other interested parties to sign it so we can raise awareness and hopefully trigger a change in the model.”