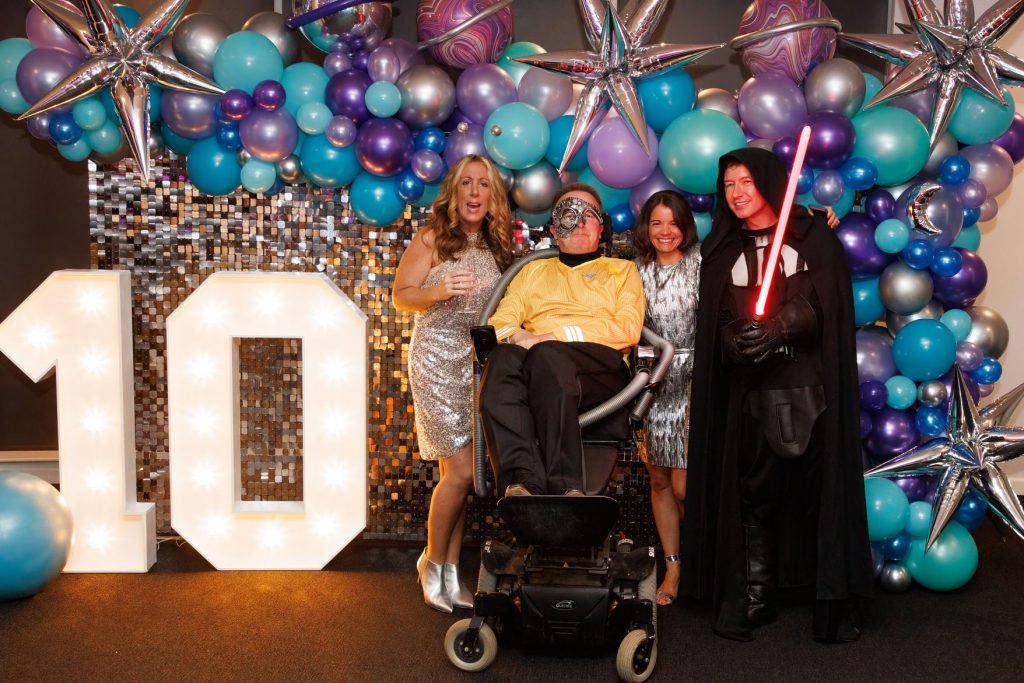 PLANETS charity has secured a £25,000 cash boost to mark its 10-year anniversary – taking our rolling total to more than £1.3 million.
The sum was donated by guests at the space-themed ball held at Southampton Football Club’s St Mary’s Stadium. The event saw supporters enjoy a three-course meal, live band and entertainment before participating in fundraising activities which helped raise the £25,000.
It comes ahead of World Neuroendocrine Cancer Day on Wednesday, also known as NET Cancer Day, which takes place annually every 10 November to raise awareness of neuroendocrine tumours (NETs) and those affected by the disease. NETs are rare types of cancer which are usually found in the pancreas, bowel or lungs but can also develop in other parts of the body. They arise from cells found throughout the body which form a link between the nervous system and the endocrine system, a collection of glands which produce hormones.
Around 4,000 new cases are diagnosed every year in the UK, though it is thought that a larger number of people are affected but remain undiagnosed as the cancers are slow growing. If detected early they can often be cured with surgery but, at present, most are diagnosed at a later stage when they have already spread to other parts of the body.
Ms Stephen, chief executive of PLANETS, said: “We want to say a massive thank you to all of our supporters for their unwavering commitment and dedication to our cause, with the huge £25,000 raised through our anniversary ball immensely important to what we are trying to achieve.
“That takes our overall total raised to over £1.3 million and that has enabled us, among other things, to establish a network of patient support groups across the Wessex region, fund the the UK’s first mobile machine able to deliver radiotherapy to advanced cancers during surgery and fund a pancreatic and neuroendocrine tumour researcher.”