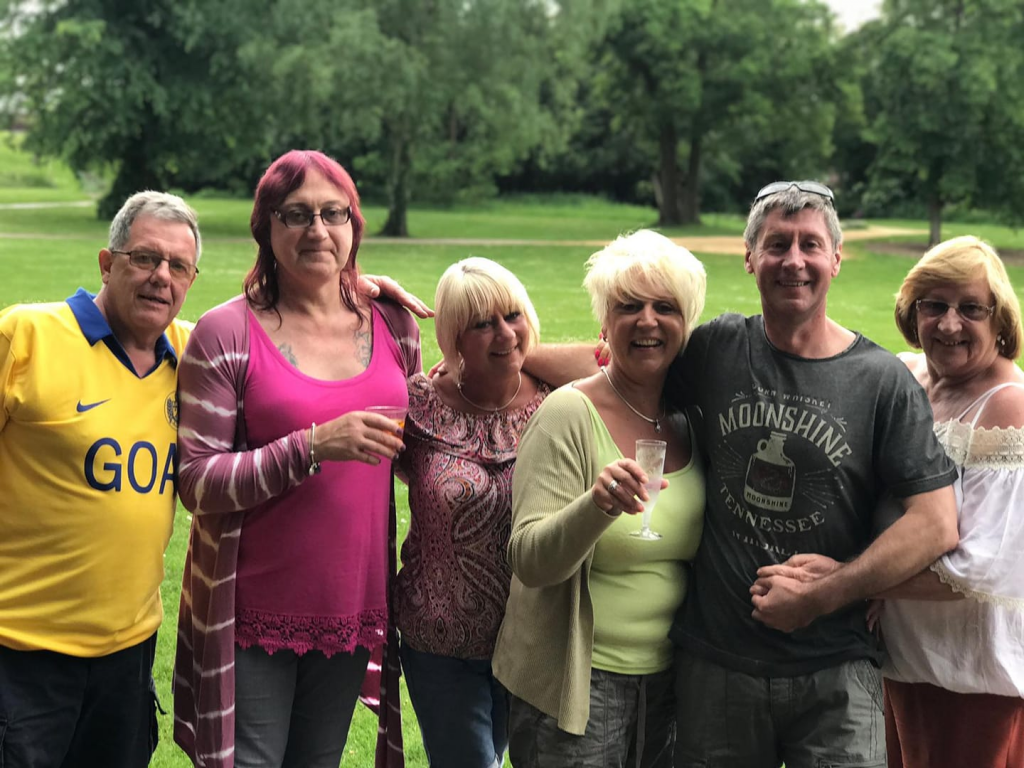 Shaun, a NET patient, sadly passed away in October 2018 aged 54 years. Initially treated by another hospital, Shaun’s Mum Veronica told us that they were very grateful for the wonderful care he received from the team at Southampton and the support that CNS Emma Ramsey gave and the donation is their way of saying thank you.

Shaun spent a lot of time at South Hill Park near his family home and the family requested donations for a bench in his memory and were overwhelmed by the support they received. Deciding to give the surplus to PLANETS, Shaun’s friends, led by Claire Doyle, organised an 80’s disco (which sold out in 3 hours) to add to the donation resulting in the amazing £2000 that we have received.

It has been lovely to hear from Shaun’s Mum, Veronica, all about his life and how popular and loved he was. A generous, kind man who is desperately missed by his Mum and siblings (pictured), his children Emily and Oscar and his many friends and we are really touched that they have chosen to support PLANETS in Shaun’s memory.